The Story of the Kauai Festival of Lights

The Continuation of a Tradition

Concerned that the rich tradition of a festive Christmas display would be lost, Elizabeth Freeman purchased Auntie Josie’s hand crafted decorations, then donated the entire collection to the County of Kauai.

Mayor Maryanne Kusaka gratefully accepted the Chansky creations and asked Elizabeth, an artist and designer by trade with a background in producing large scale events, if she would take charge of designing and coordinating the installation, a task she has continued as a volunteer to this day.

The Historic County Building was chosen as the perfect site to showcase the decorations. In December 1997 The Festival of Lights became a reality and launched a Kauai tradition! 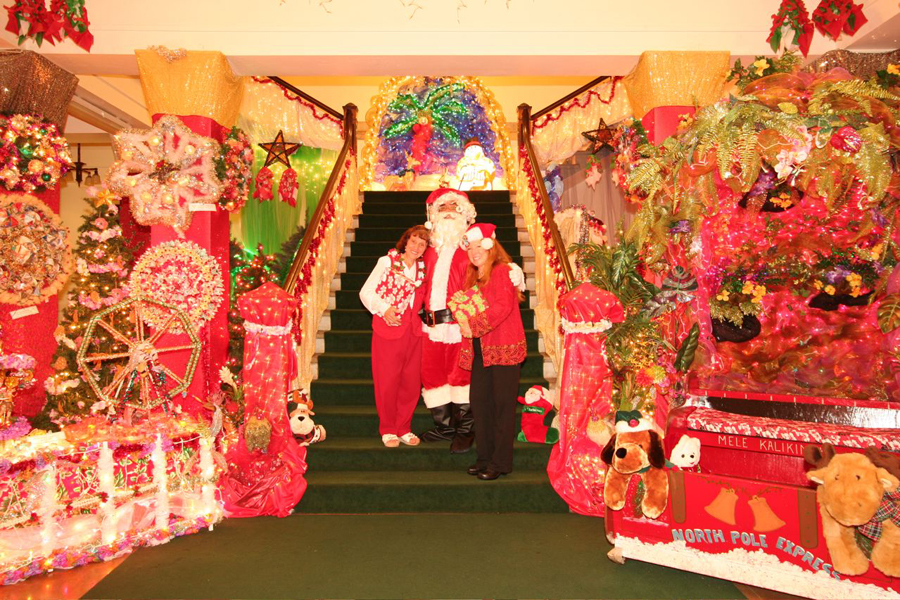 The Festival of Lights:  Elizabeth’s Legacy

As an artist and designer Elizabeth Freeman was intent on creating a world of magical beauty for children and families. Freeman founded the event in 1997 and over the years as art director and producer of the Festival of Lights she has showcased Auntie Josie’s unique Folk Art, created new decorations and displays and designed and overseen the delightful “Kauai-style” ornaments crafted by volunteers to fashion a Holiday tradition for Kauai uniquely her own.

Annually, Freeman oversees over a hundred volunteers, coordinating the gorgeous light display that goes up in the Historic County Building Park, overseeing the restoration of Auntie Josie’s fragile creations (some nearly 50 years old) as well as teaching students and other volunteers how to “up-cycle” trash into fabulous ornaments and later share the story inside the Historic County Building. 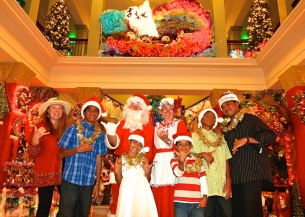 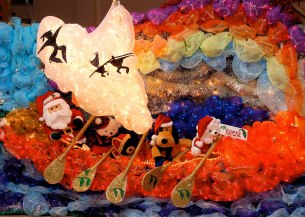 Santa and Mrs. Claus with Children 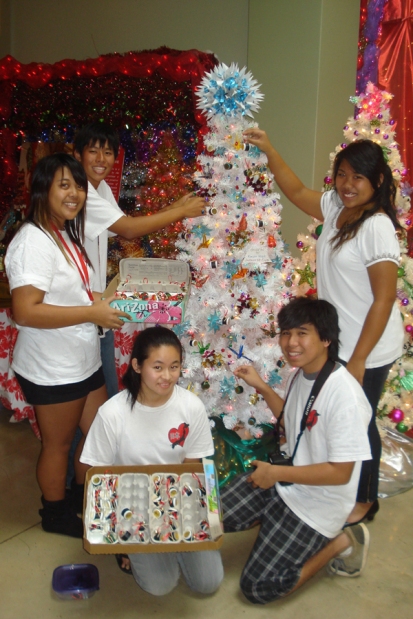 For info packet and images